Since Apple launched the MagSafe-enabled iPhone 12 models, accessory makers have been coming up with various magnetic charging options that are designed to replace the standard Qi-based chargers available for iPhones. 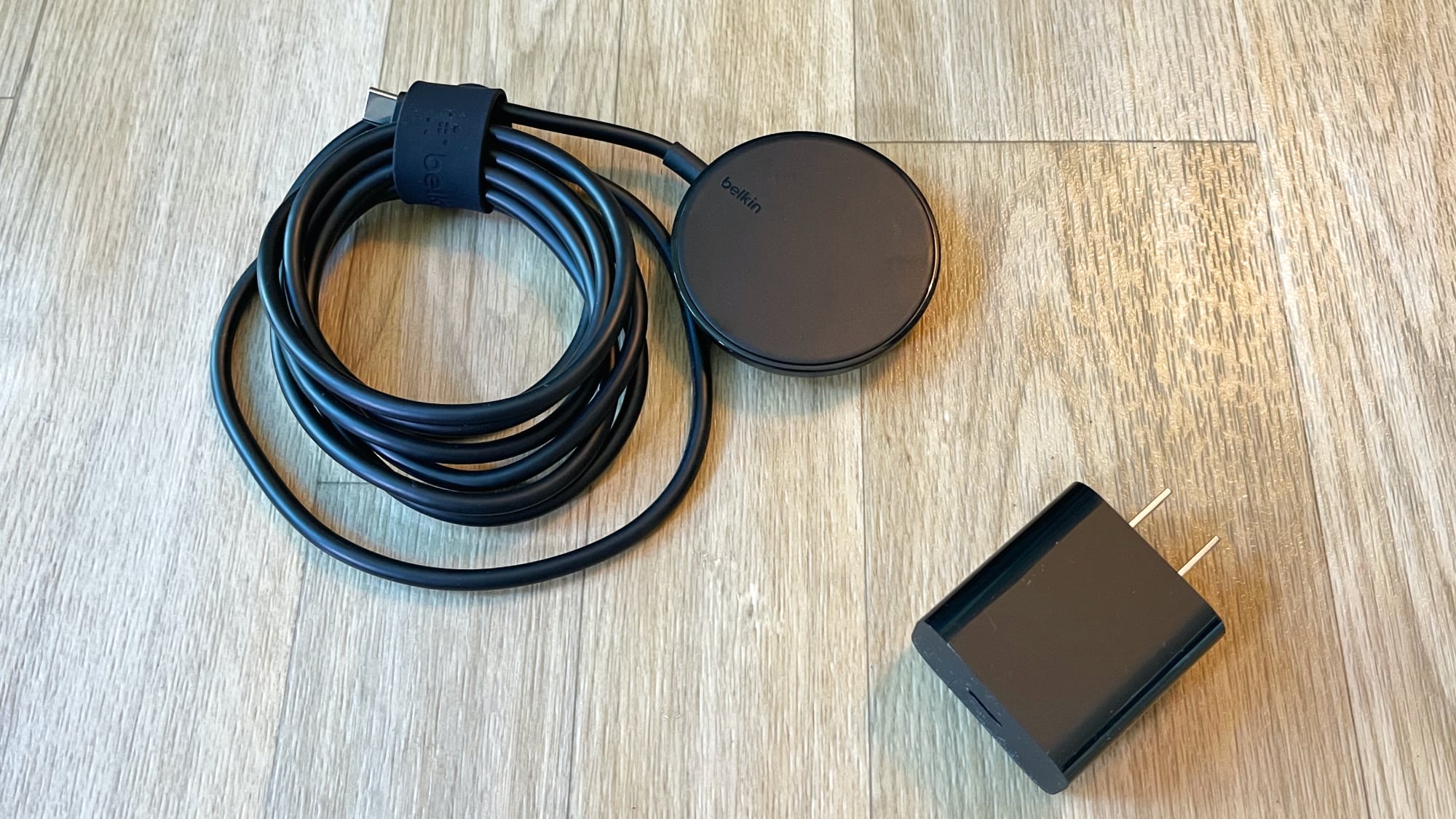 Belkin recently launched the Boost Charge Magnetic Portable Wireless Charger Pad, which is one of its more affordable charging options at $29. The Magnetic Charger Pad is not MagSafe and can’t charge at 15W. Like other chargers of this type, it is limited to 7.5W charging speeds. 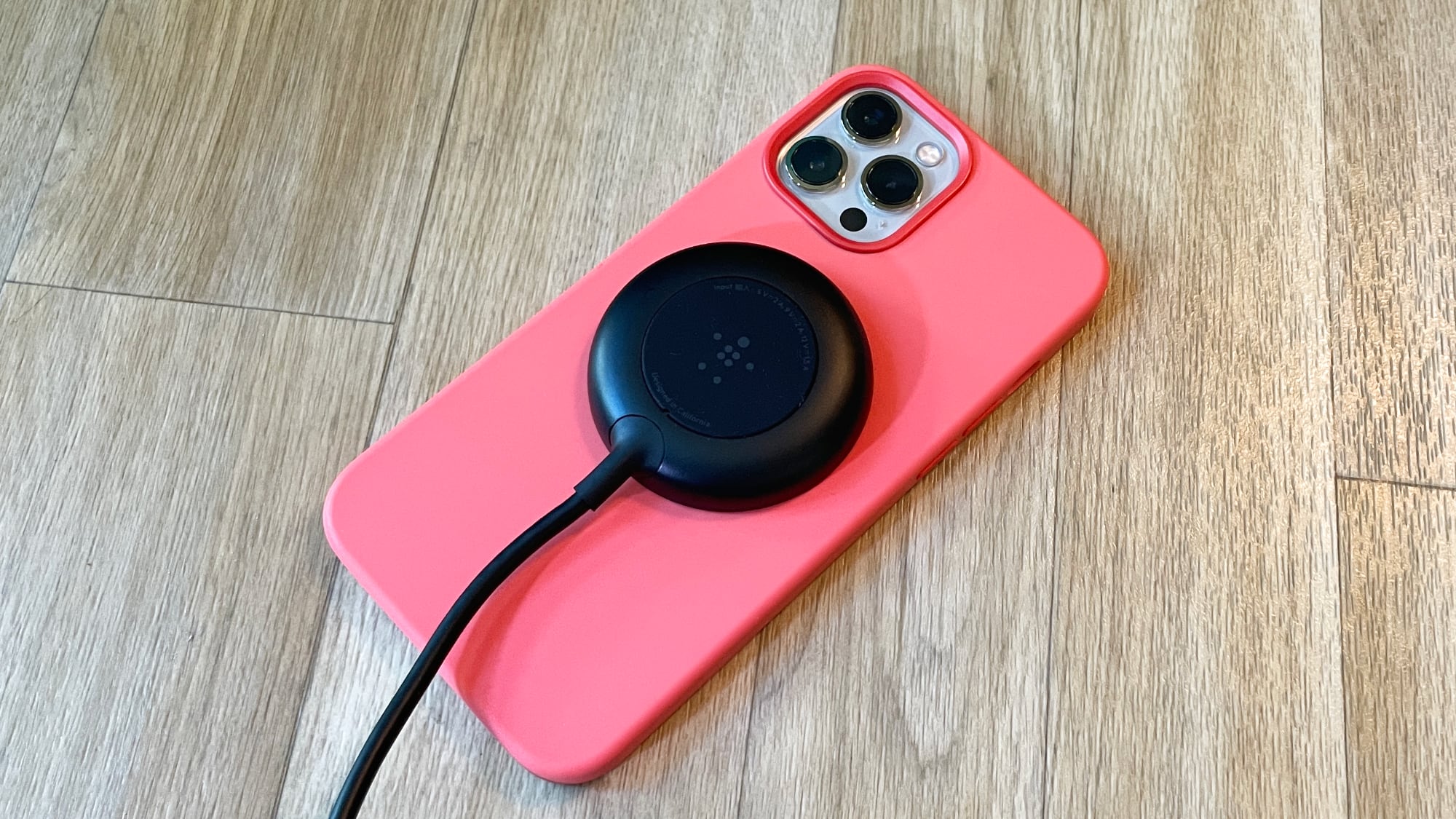 ‌MagSafe‌ is Apple technology so to get those 15W speeds, you need to use hardware licensed from Apple. Belkin has done this for its multi-charging options, but not using ‌MagSafe‌ is more affordable. 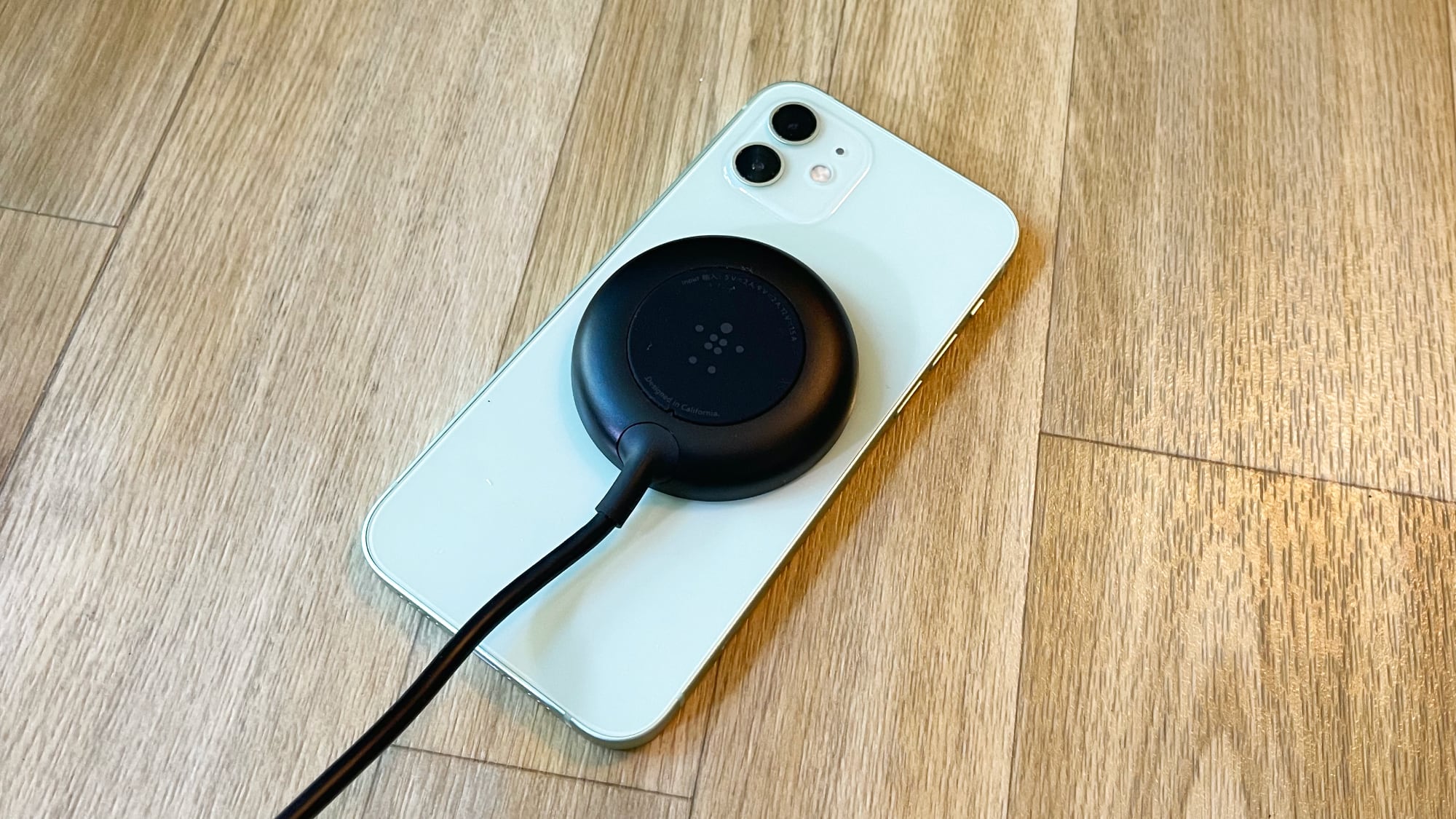 At $39, Belkin’s charger is the same price as the the ‌MagSafe‌ Charger from Apple, but that price point includes a 6.6-foot charging cable and a 20W USB-C charger to power it. With ‌MagSafe‌, the charger is sold separately and is another $19 if you don’t have one already on hand. If you do already have a 20W charger, you can get the Belkin charger for $29, $10 less than Apple’s ‌MagSafe‌ Charger. 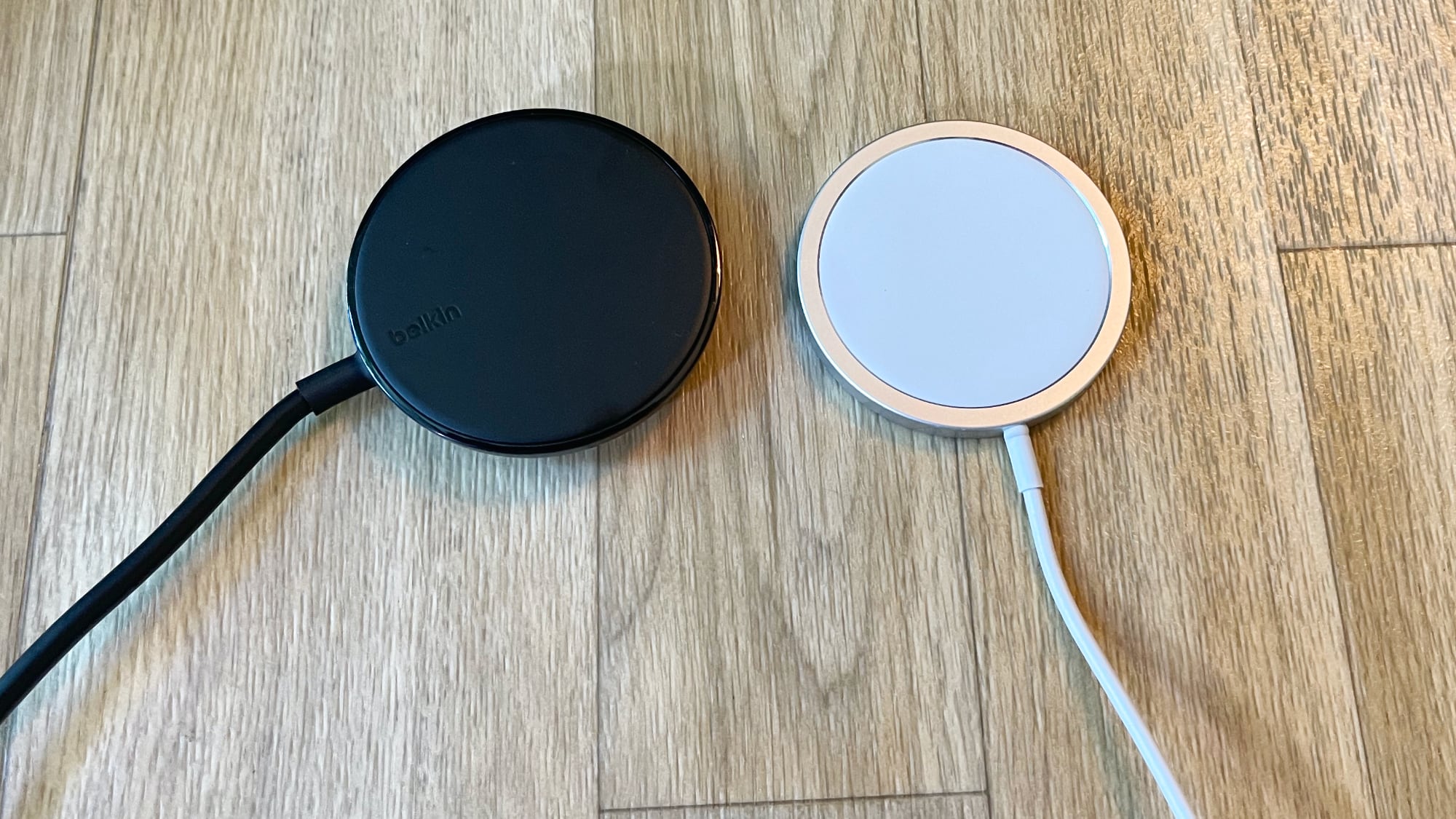 Design wise, Belkin’s charger is a small wireless charging pad that snaps onto the back of an ‌iPhone 12‌ model magnetically. Like other magnetic chargers, the magnets help it align in just the right spot for charging, so though you’re not getting 15W, you are getting hassle-free alignment and optimal 7.5W charging.

The Belkin charger is made from a black or white plastic material that’s nothing special, though I appreciate the long cord because it’s ideal if you want to charge while using your iPhone at the same time. If you don’t need all the cord, it comes with a cord wrap. The charger is thicker than a ‌MagSafe‌ Charger, and just a tiny bit bigger.

You can use this with any ‌iPhone‌ that charges with a Qi-based wireless charger, but it’s best suited to the ‌iPhone 12‌ models because of the magnet. 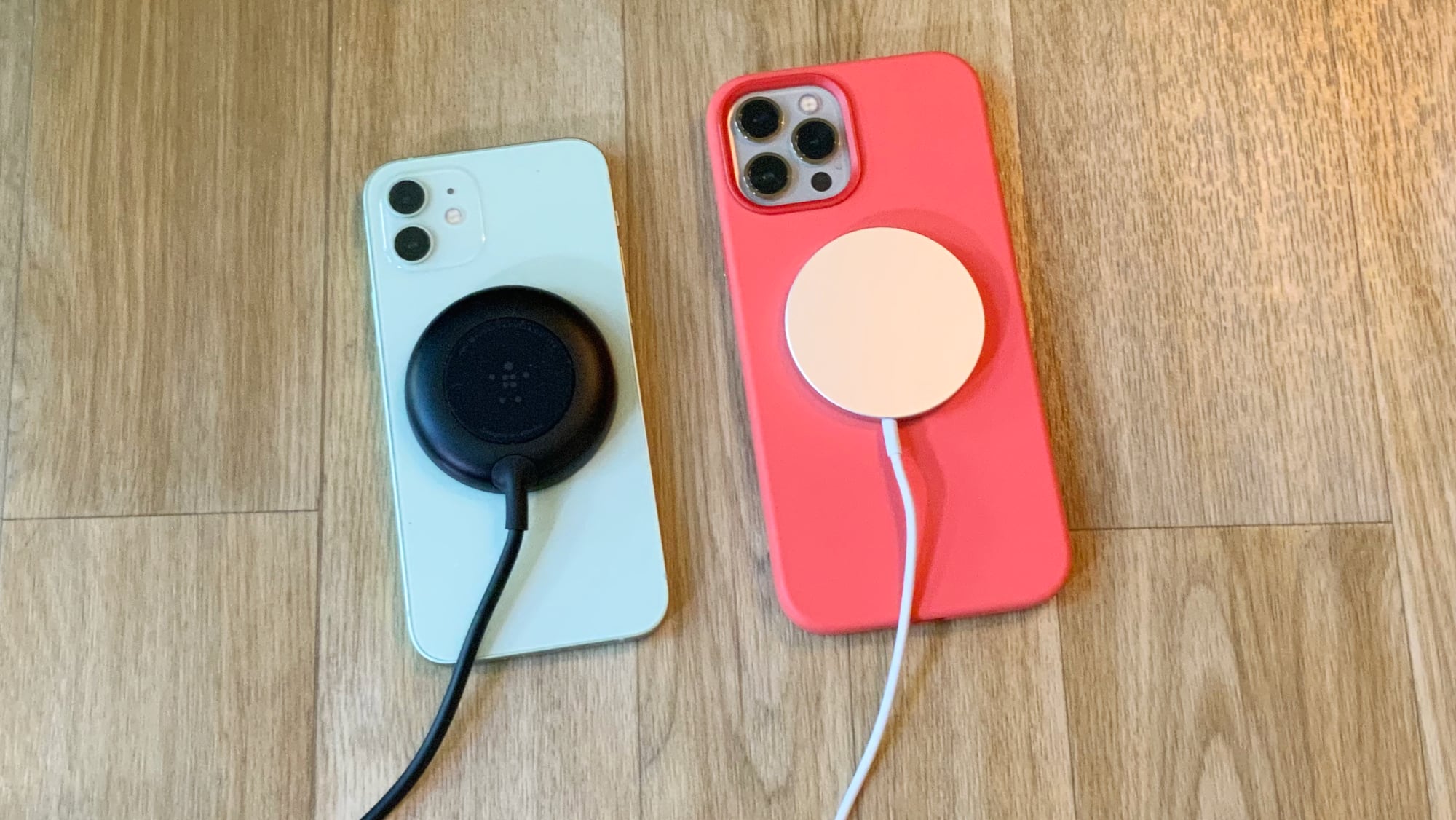 I tested the charging speed on the Boost Charge Magnetic Portable Wireless Charger Pad and it was what I would expect from any 7.5W charger. It’s not a charging speed that’s ideal if you need power in a hurry, but it’s as useful as any other Qi charger for charging at night or while your ‌iPhone‌ is on your desk during the day.

If you want 15W charging speeds or already have an appropriate 20W+ charger for use with a ‌MagSafe‌ Charger from Apple, I definitely recommend that. It’s sleeker and faster than this charger from Belkin, and there’s no real reason to choose an inferior charger.

If, however, you don’t have a 20W charger and don’t necessarily need 15W charging speeds because you’re going to use it overnight or in a trickle charge situation, then Belkin’s Boost Charge Magnetic Portable Wireless Charger Pad is perfectly adequate and worth checking out as an alternative option.

The Boost Charge Magnetic Portable Wireless Charger Pad can be purchased from Belkin or from Amazon for $30 without a charger and $40 with a 20W charger.
This article, "Review: Belkin's $39 Magnetic Wireless Charger is Limited to 7.5W, But Comes With 20W Power Adapter" first appeared on MacRumors.com