LG has “no plans” to update its pre-2019 TVs with AirPlay 2 or HomeKit support, despite previously giving customers assurances that they would do so this year. 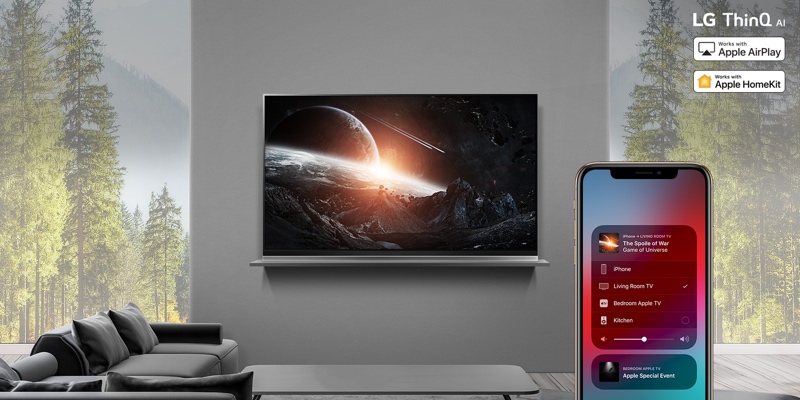 In April, LG indicated in a support document that it planned to add ‌AirPlay‌ 2 and ‌HomeKit‌ support to some of its 2018 smart TVs by October 2020, including LCD models with “SK” or “UK” in the name and OLED models with “B8” through “Z8” in the name.

Shortly after the news broke, however, all mention of LG’s plan for the 2018 TVs was mysteriously removed from the support page, and LG remained silent on the matter for months thereafter.

It wasn’t until a little over a week ago when a customer asked LG’s official UK Twitter account for an update on when the support would arrive that LG finally admitted it has no intention of fulfilling its promise.

Hi there, LG has no plans to update its pre-2019 TVs with Airplay2 or Homekit unfortunately. Apologies for the inconvenience caused!

The development is likely to cause consternation and anger among LG customers, especially anyone who bought a 2018 TV based on LG’s update plan, not to mention the almost 22,000 LG TV owners who believed their petition calling for the company to bring the support had resulted in success.

Your company should be ashamed. I’m pretty sure more than 22.000 customers will never buy another product from LG now that we know your products lifespan is well under 2 years. Especially considering you said you would update 2018 TVs on your website and now you erased it!

‌AirPlay‌ 2 support would have enabled users of the above TV models to stream videos, music, podcasts, and more directly from an iPhone, iPad, or Mac to their LG smart TV, with no Apple TV necessary. With ‌HomeKit‌ support, they would have easily been able to control their TV’s power, volume, source, and more using Siri or the Home app on ‌iPhone‌, ‌iPad‌, and Mac.

Sadly, neither looks like it will now be happening.

This article, "LG Backtracks on Promise to Bring AirPlay 2 and HomeKit to Select 2018 TV Models" first appeared on MacRumors.com