Instagram's TikTok-Style 'Reels' Feature to Launch in US Next Month

Instagram’s new “Reels” feature is coming to the U.S. in early August, Facebook has confirmed (via Business Insider). The TikTok-style short-form video feature made its debut in Brazil late last year, and allows Instagram users to record and edit 15-second video clips with audio and music soundtracks. 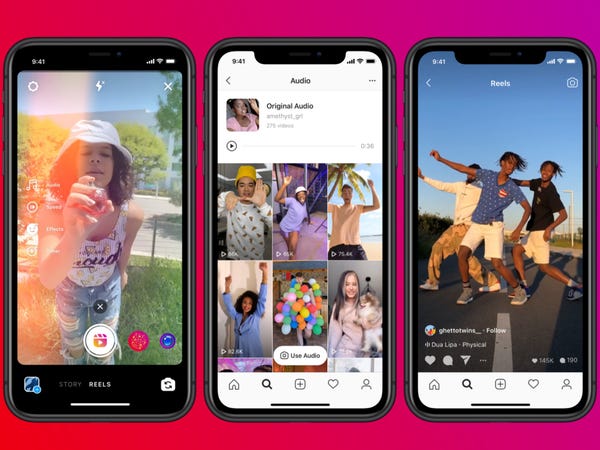 The U.S. launch will follow the testing of Reels in India this month, after a ban of TikTok in the country. NBC News reports that Facebook is set to launch Reels in over 50 countries “in a matter of weeks.” The move comes as TikTok faces intense scrutiny for its ties to China, with U.S. government officials recently threatening to ban the app over security concerns.

Instagram lacks the scrollable feed of TikTok, but regardless of whether or not the latter app is banned, Facebook is clearly hoping to win over users from the rival social platform. Meanwhile, Snapchat has also started testing TikTok-style navigation for its video content, while YouTube is testing an in-app feature for short-form video with a “small group” of people.

This article, "Instagram's TikTok-Style 'Reels' Feature to Launch in US Next Month" first appeared on MacRumors.com