Apple today released new Pride Edition versions of the Braided Solo Loop and Nike Sport Loop for the Apple Watch, while a matching Pride Woven watch face will be available in a future software update (likely watchOS 7.5, which is currently in beta). 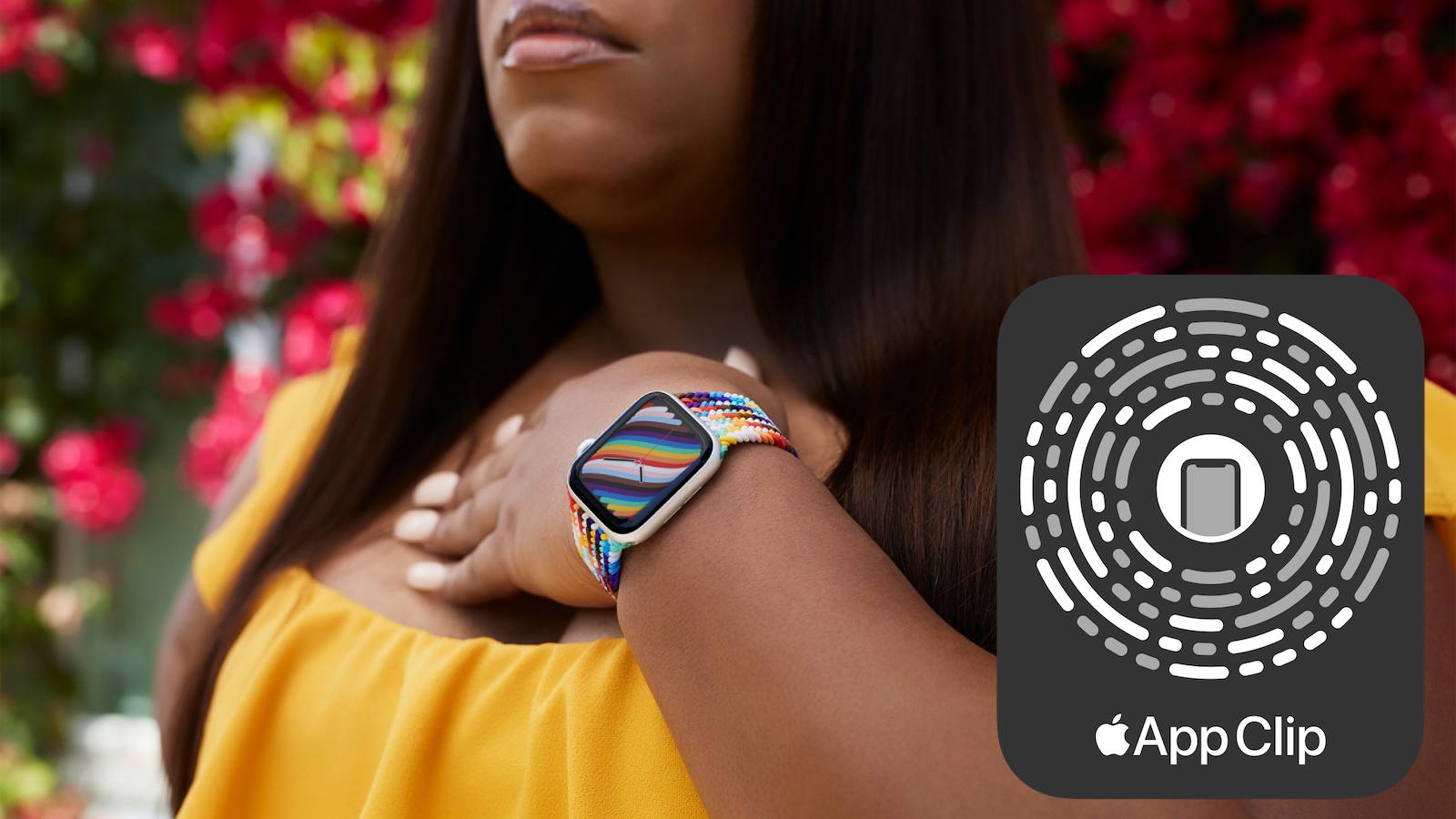 One interesting tidbit shared in the announcement is that, for the first time, Apple will be including a scannable App Clip code on the packaging of each new Pride band, providing a convenient way for customers to immediately access the new Pride Woven watch face when available. (App Clip codes require an iPhone running iOS 14.3 or later.)

Introduced in iOS 14, an App Clip is a small part of an app that’s discoverable at the moment it’s needed, even if the app is not installed.

Priced at $99, the Pride Edition Braided Solo Loop weaves together the original rainbow colors with those drawn from various Pride flags, according to Apple. Or, for $49, the Pride Edition Nike Sport Loop features a nylon weave with reflective rainbow yarn inspired by the Pride flag, which Apple says is designed to shimmer when light strikes it.

The Pride Edition Braided Solo Loop is compatible with the Apple Watch Series 4 or later, while the Pride Edition Nike Sport Loop is compatible with Apple Watch Series 3 or later. The new Pride bands are available to order today from Apple.com and the Apple Store app, and will be available at Apple Store locations beginning May 25.