As the Epic Games v. Apple trial progresses into its third day, Apple’s internal documents and communications with various companies are continuing to surface, giving us some insight into the dealings that Apple has had around the App Store. 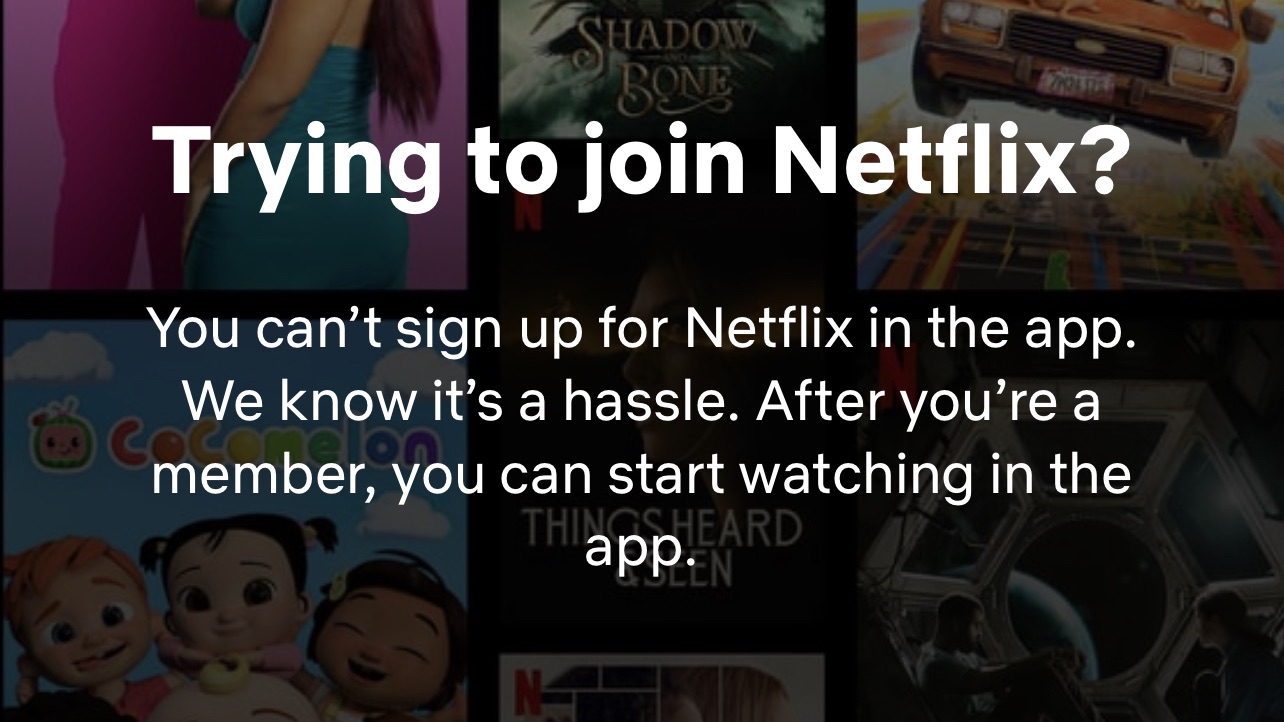 Back in December 2018, Netflix stopped offering in-app subscription options for new or resubscribing members and instead began requiring them to sign up for Netflix outside of the ‌App Store‌ in order to avoid paying Apple’s 30 percent cut. As it turns out, Apple executives were unhappy with Netflix’s decision, and made attempts to persuade Netflix to keep in-app purchases available.

The subject hasn’t yet been broached in the live in-person trial that’s going on right now, but 9to5Mac highlighted emails between Apple executives discussing Netflix’s decision. When Apple learned that Netflix was A/B testing the removal of in-app purchases in certain countries, Apple started scrambling to put a stop to it.

The emails do not make it clear if Apple did indeed take any steps to limit featuring during Netflix’s testing, but Netflix did proceed with the A/B test and found it fruitful. Ahead of when Netflix pulled in-app purchase options, Apple designed an entire presentation to persuade Netflix to continue to offer in-app subscription sign ups.

Netflix was concerned about voluntary churn levels on iOS because it was higher than those who signed up via the web. In a nutshell, iOS users who subscribed to Netflix through in-app purchases were cancelling their Netflix accounts at a greater rate, an issue that Apple worked to solve for Netflix.

Other Netflix concerns included free trial abuse (which Apple addressed), un-grandfathering (raising prices on users locked in to a select price), and offering promotions (wasn’t possible to offer discounts on iOS). Apple internally discussed ways to fix these problems for Netflix to encourage the company to stick with in-app purchases.

Apple also incentivized Netflix by describing how much dedicated featuring Netflix was getting. Apple said that Netflix was featured more than any other partner, something that Apple was willing to continue doing.

Apple also discussed bundle offers for Netflix and an Apple service along with carrier and payment partners for co-funded subscription offers, as well as in-store marketing for Netflix, but none of these measures ultimately convinced Netflix to stick with in-app purchases.

Today, there is no in-app purchase option for Netflix, and those who want to watch Netflix on an iPhone or an iPad must first sign up on the web, with Apple collecting no money. Netflix is also not allowed to direct customers where to sign up, though, and the splash screen just says “You can’t sign up for Netflix in the app.”

The ‌Epic Games‌ v. Apple trial is expected to last for approximately three weeks in total, with Apple CEO Tim Cook and other executives set to testify in the coming weeks.

Why should you care about NFTs&quest; You can watch episode 7 of Seriously&quest; right now

Jun 16, 2021 A Word From Our Sponsor
Uncategorized