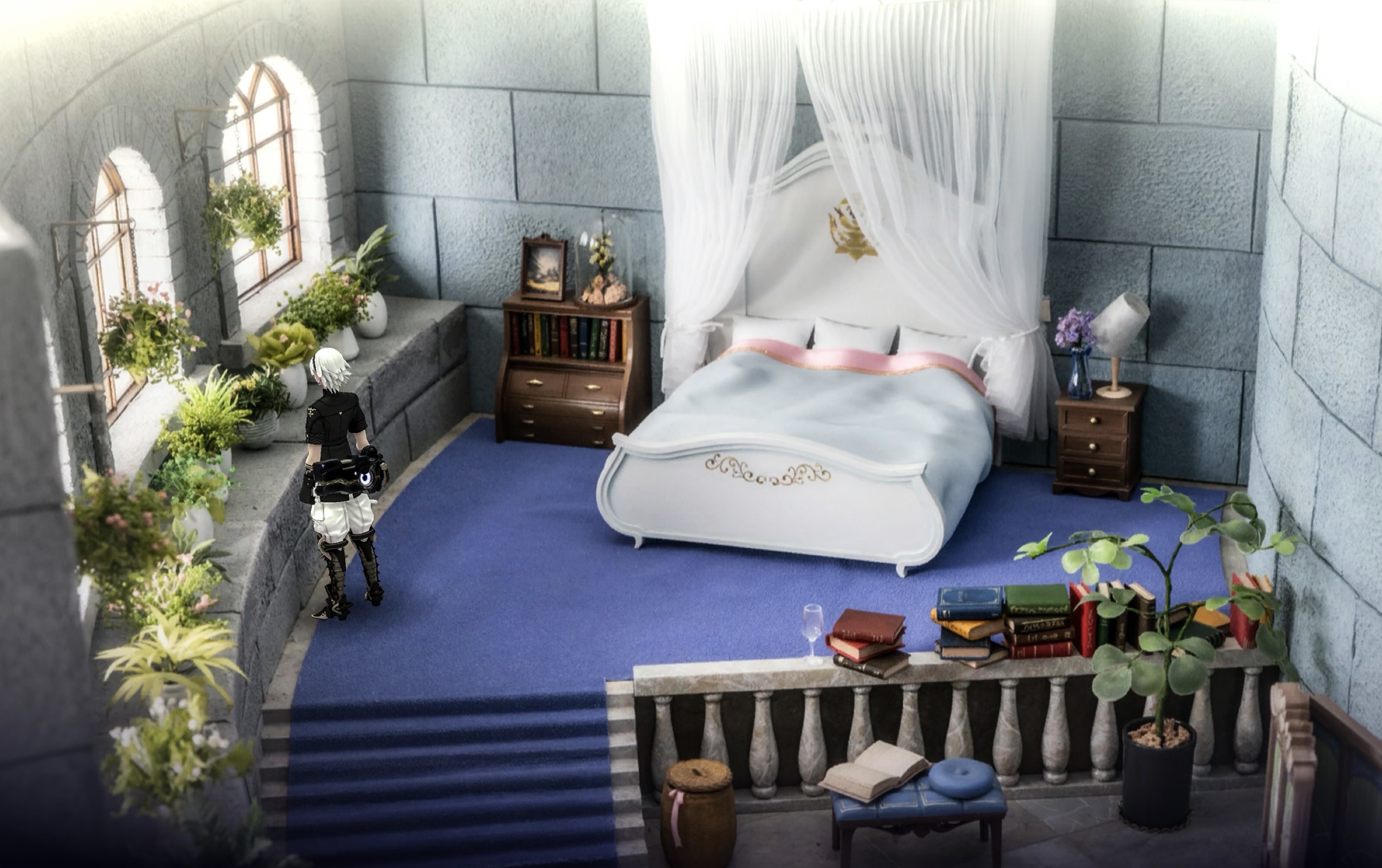 Set against a backdrop made from over 150 handmade dioramas that blend physical environments with 3D characters, Fantasian sees players assume the role of “Leo,” who awakens to find himself lost in a strange land with only one remaining memory.

The tale begins in a realm governed by machines. Within this multi-dimensional universe, the balance of “Chaos and Order” becomes a key factor in the struggle for these realms and the machinations of the gods who wish to control them. Players will assume the role of protagonist, Leo, who awakens from a massive explosion only to find himself lost in a strange land with only one memory left to him. As players set out on a journey to reclaim Leo’s memories, they will unravel the mysteries of the bizarre mechanical infection slowly engulfing all that is known to mankind. The captivating story is written by Sakaguchi and is complimented by a sweeping soundtrack by celebrated Final Fantasy composer, Nobuo Uematsu.

The soundtrack to the game is by Nobuo Uematsu, known for his work on the Final Fantasy series and other titles such as Lost Odyssey and Blue Dragon.

According to an interview given to the LA Times, Sakaguchi found inspiration for the game by replaying Final Fantasy VI, which offered a number of reminders and lessons for modern mobile game development.

“Back in the day, everything was done in tiles,” said Sakaguchi “Your character would move one tile at a time. That introduces puzzle-like elements, in which you might see a treasure tile that you can’t access. But if you walk around the building and go through the back door, you might be able to reach that chest.

“When the player reaches the ending, it feels like they have seen everything this world has to offer. That desire — that craving that humans have — we’re trying to re-create.”

Fantasian is available on iPhone, iPad, Mac, and Apple TV. ‌‌Apple Arcade‌‌‌‌‌ is priced at $4.99 per month, and that price point allows the whole family to play games without ads or additional in-app purchases.